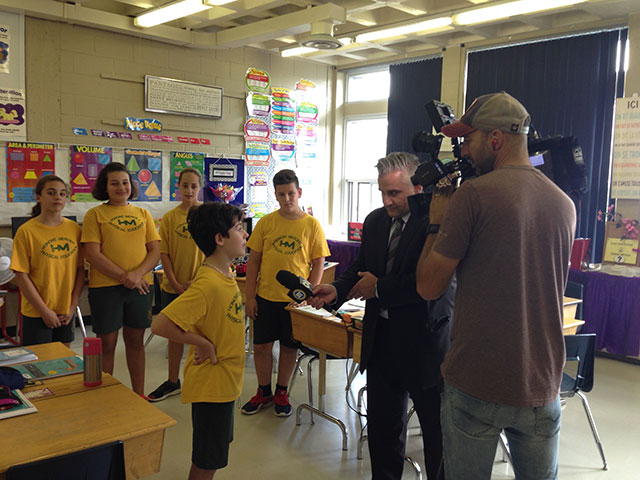 September is Childhood Cancer Awareness Month and on Tuesday, September 27, Honoré Mercier Elementary School (8280 Nantes) in St. Léonard is joining forces with the Donald Berman Chai Lifeline Organization to draw attention to the tragedy that is paediatric cancer.

On September 27, students at Honoré Mercier will be asked to wear gold as well as don awareness ribbons to mark Childhood Cancer Awareness Month. Additionally, the school will be collecting toonies, which will be donated to the Donald Berman Chai Lifeline Organization.

In classes, children will be learning more about the myriad of childhood diseases that exist. Students will also be preparing get-well cards for the children at the Montreal Children’s Hospital as well as those under the care of Chai Lifeline.

“Worldwide, more than 250 lose their battle with cancer every day,” said Stu Guttman, Montreal Coordinator of the Donald Berman Chai Lifeline Organization. “The entire family is affected when a child becomes ill. The goal of our organization is to ensure that the children and their families receive the attention and support they need.”

A recent study in the United States concluded that, while there was a 20% decline in cancer deaths amongst children and teenagers between 1999 and 2014, brain cancer has overtaken leukemia as the deadliest form of the disease amongst youth.

“It’s very important that our students realize that there are children their age whom are not as fortunate as they are,” said Sonia Marotta, Principal of Honoré Mercier Elementary School. “Wearing gold on September 27th will bring attention to all childhood illness, especially cancer. Our teachers will explain the significance of the month and they will also highlight organizations, such as Chai Lifeline, whom are dedicated to helping children and their families persevere through these terrible situations.” 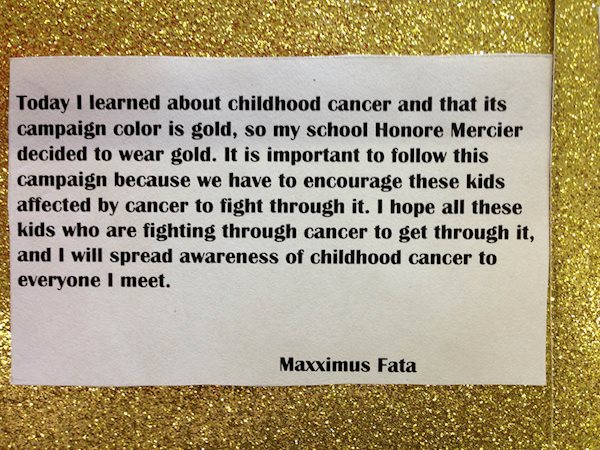 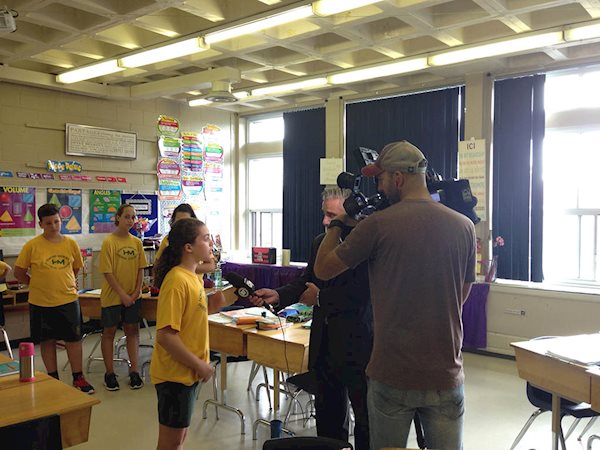 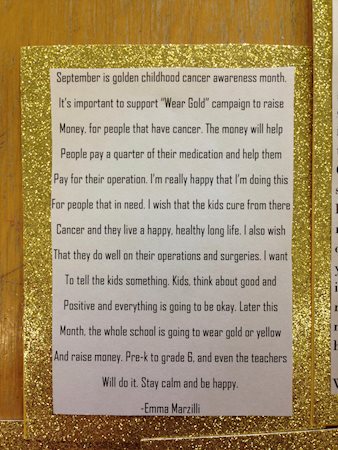 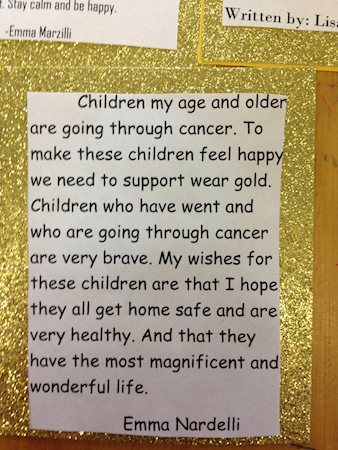 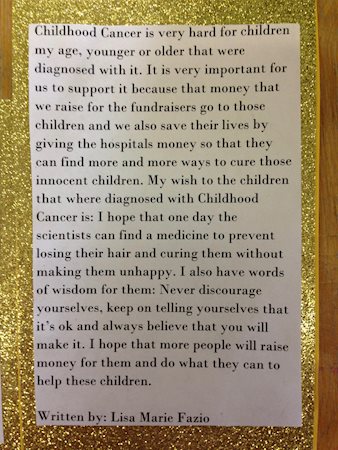 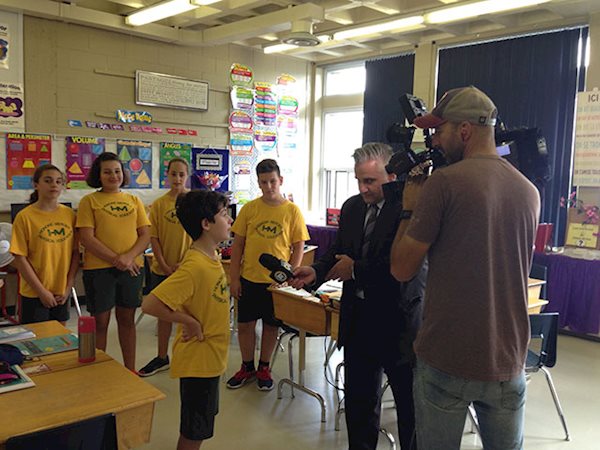 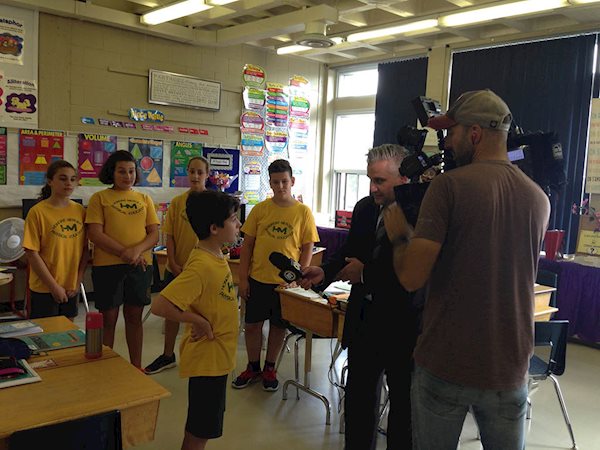 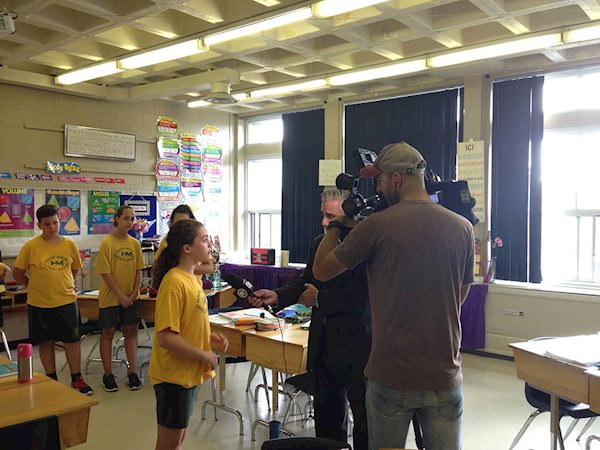 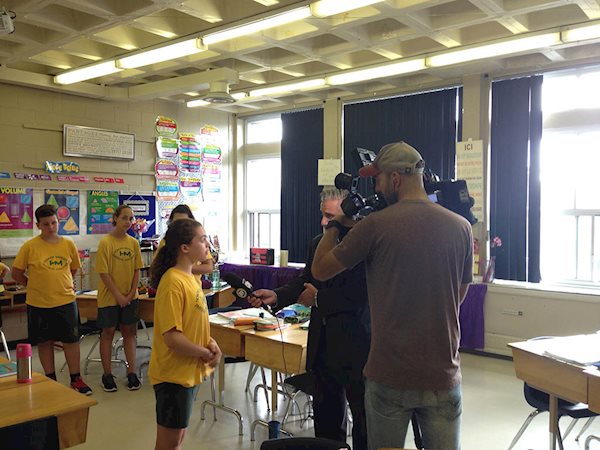 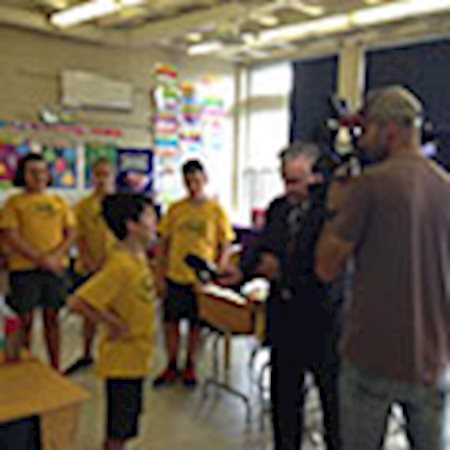 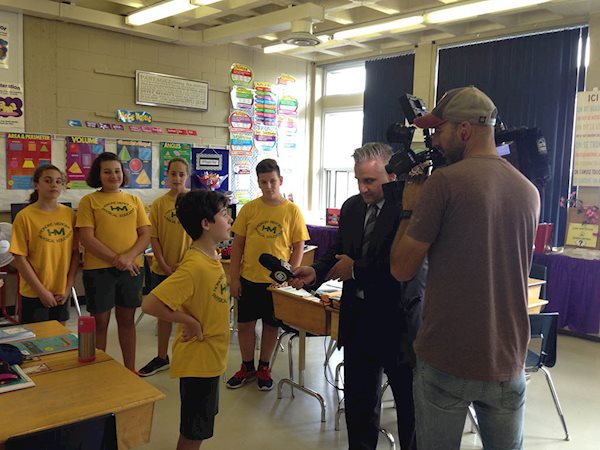 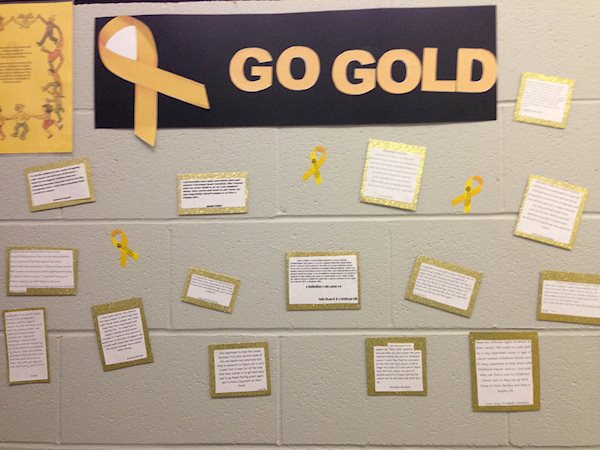 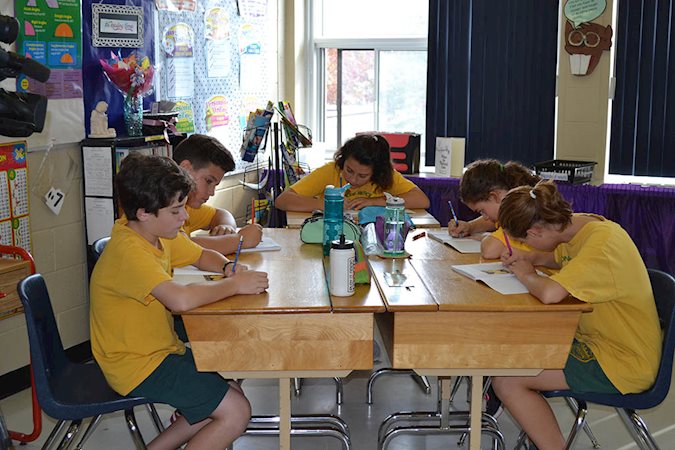