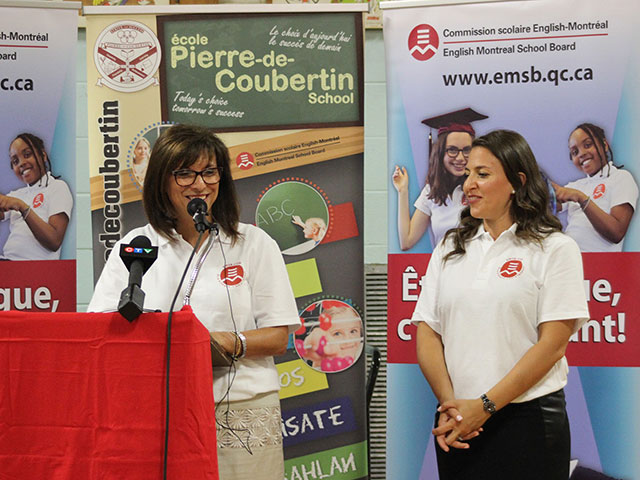 By: EMSB Communications
School Board, Bilingualism

The English Montreal School Board will formally unveil its new promotional campaign on bilingualism on the first day of classes, Wednesday, August 31 (11:30 am) at Pierre de Coubertin Elementary School (4700 Lavoisier) in St. Léonard.

To mark the start of the 2016-2017 academic year, the new EMSB slogan “Être bilingue, c’est gagnant!” promotes the fact that being bilingual represents a winning formula. The EMSB has embarked upon a special marketing campaign, complete with specific signage and promotional items, in order to have these words at the tip of everyone’s tongue.

“We are very proud of the quality of French instruction our students receive,” said EMSB Chairman Angela Mancini. “Bilingualism is a passport to the world. If we want our kids to remain in the province of Quebec, we must provide them with the tools necessary to pursue careers here.”

According to the EMSB records at the end of the last academic year, there were 1,607 students with the French mother tongue out of 19,388 in our youth sector.

There are more than 14,000 students across the province who have at least one parent who had their education in French and another who had the majority of theirs in English. That adds up to a lot of students who can choose the English system. There are also parents raising their children in an English home who have chosen the French system. They do so because of a belief that their children will graduate speaking a superior French. That is not necessarily correct. By attending an EMSB French immersion program we guarantee your child will graduate fully bilingual.

At the primary level, the EMSB offers three models of French: core, bilingual and full immersion. After spending seven years, including kindergarten, in a school offering a core program, a student will have received 32 percent of French-language instruction. According to the same calculations, students who attended schools with bilingual and immersion models will have received a total of 47 and 68 percent of French language instruction respectively.

Several French programs are available at the secondary level and the amount of time complements the programs at the elementary level. Secondary I, II and III have extended French programs which vary from 38 to 72 percent.

“Although our secondary schools do not offer similar programs, an extensive analysis of the different models of French instruction at the secondary level revealed that schools provided increased time for French instruction, above the requirements of the Basic School Regulation,” said Ms. Mancini. “As part of our commitment to bilingualism, the grid was modified in Secondary IV and V to six units of French as a Second Language. Studies we have undertaken reveal that students following the different models at the elementary level moved to 'français langue d’enseignement' instruction at the secondary level. It also recognized that partial immersion instructional models provide language learning in meaningful contexts through various subjects other than language arts.”

It is interesting to note that immersion students have been found to perform as well as native French students on tests of reading and oral comprehension. Whether students are enrolled in this type of program or another one, their linguistic skills are generally not a serious obstacle to their effective use of French for academic or interpersonal purposes.

In Canada, French-English bilingualism carries a number of cognitive, cultural and socioeconomic benefits. Bilingual individuals have enhanced problem-solving skills because of their ability to attend to relevant information and disregard misleading information. French-English bilingualism enhances Canadians' ability to participate fully in Canadian society. Canadians who speak both official languages also have, on average, better job opportunities. 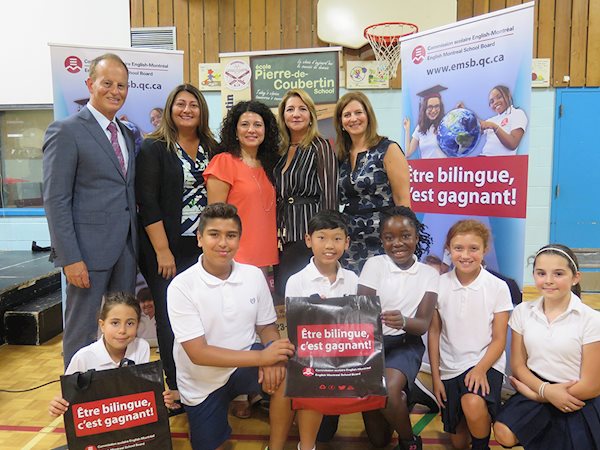 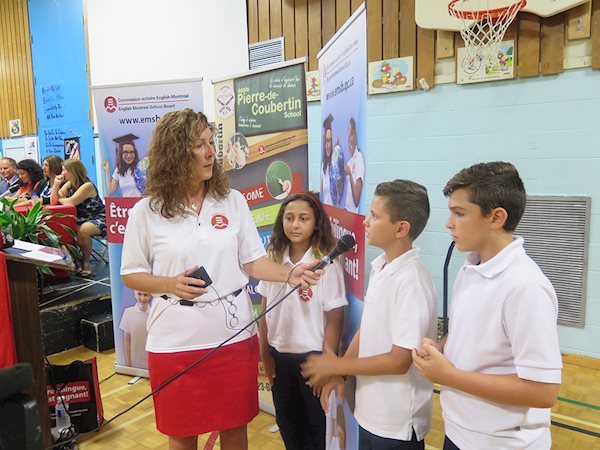 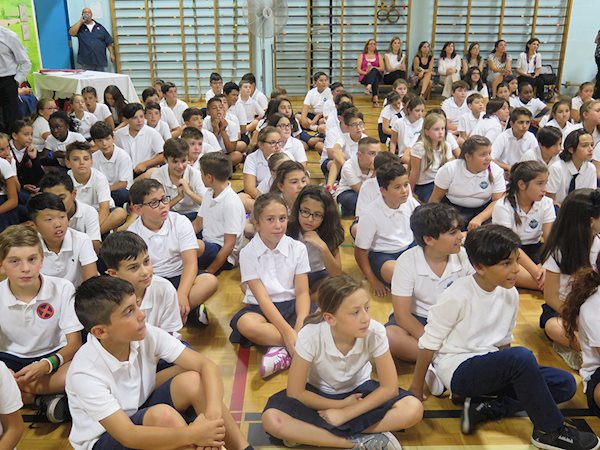 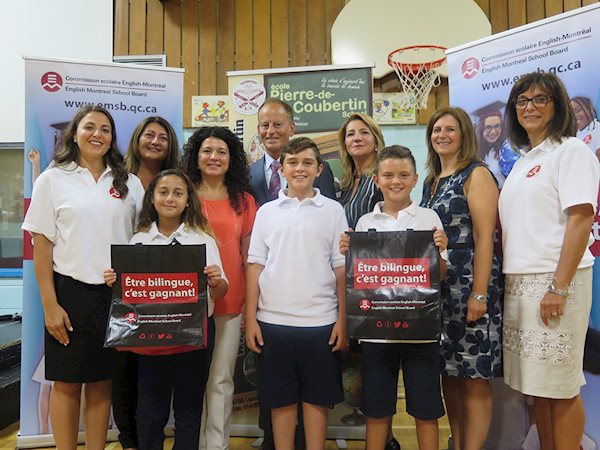 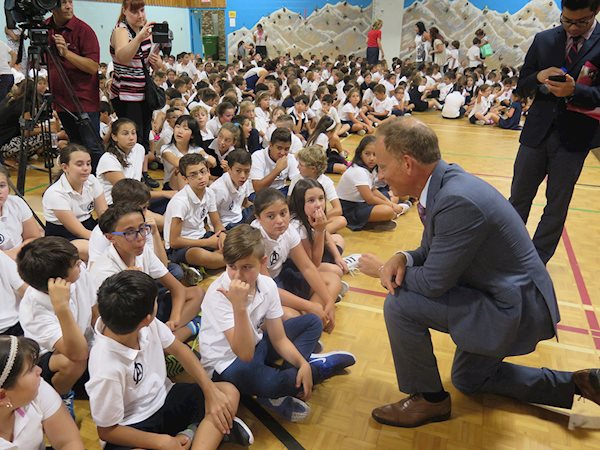 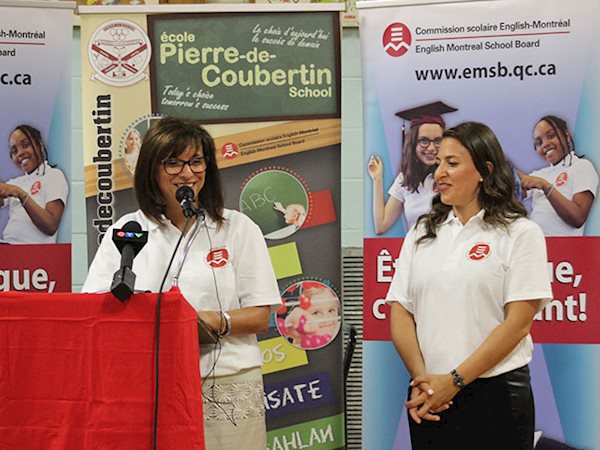 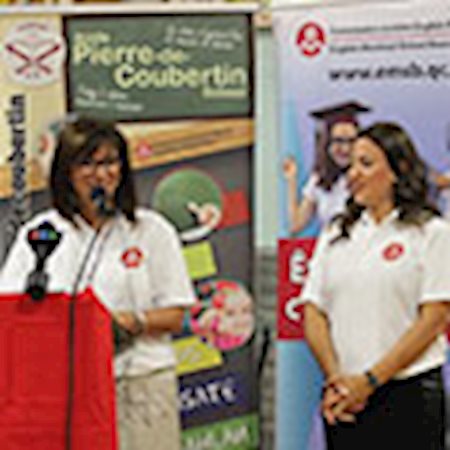 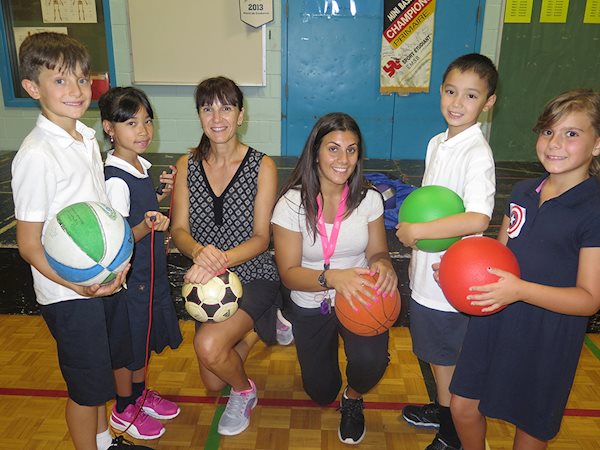 Sep 19, 2019
EMSB achieves the highest success rate in Quebec
At 92.4 percent, the English Montreal School Board has...
Read More